Pythagorean Cup – Hera it is hand made Greek souvenir from Samos island.

Tradition says Pythagoras, during water supply works in Samos, around 530b.C., moderated the workers’ wine drinking by inventing the “fair cup”. When the wine surpasses the line, the cup totally empties, so the greedy one is punished.

Pythagorean cup or Pythagoras cup or Greedy Cup – Tantalus cup. (Greek Handmade SOUVENIR) is a form of drinking cup which forces its user to imbibe only in moderation. Credited to Pythagoras of Samos, it allows the user to fill the cup with wine up to a certain level. If the user fills the cup only up to that level he may enjoy his drink in peace. If he exhibits gluttony, however, the cup spills its contents out the bottom (the intention being: onto the lap of the immodest drinker).

Hydrostatic pressure then creates a siphon through the central column causing the entire contents of the cup to be emptied through the hole at the bottom of the stem. It is also sold in some toy stores as a practical joke gift.

There are no reviews yet.

Be the first to review “Hera – Pythagorean Cup” Cancel reply 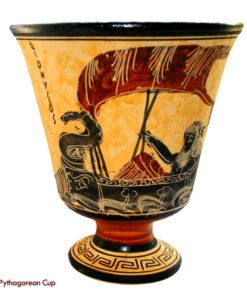 Dionysus on the ship – Pythagorean Cup 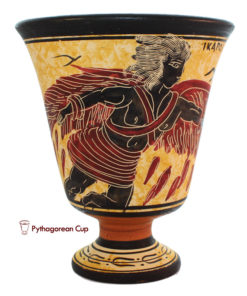 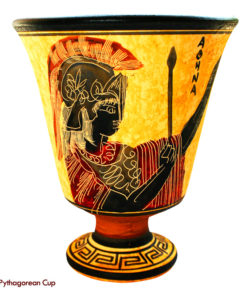 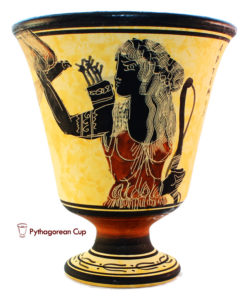 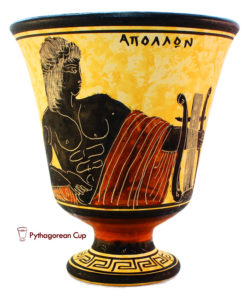 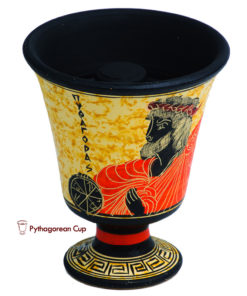 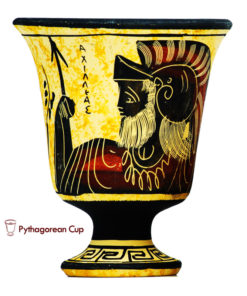 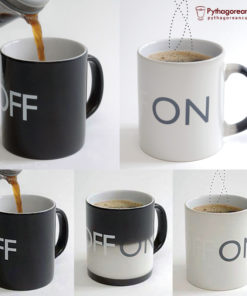 On Off Color Changing Sensitive Mug 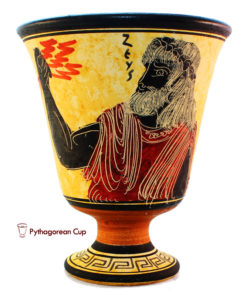 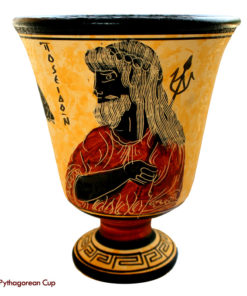 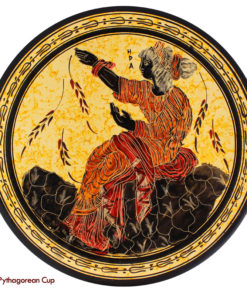 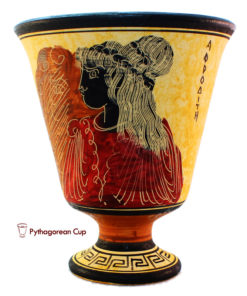